“The only thing over which you have complete control is your perspective.”
Dr. Godfrey McAllister

More About The Doc

Dr. Godfrey McAllister was born in Guyana on October 22, 1951. He attended the Queen’s College, graduated, and did a short stint at the University of Guyana, pursuing an undergraduate degree in business.

But his obsession with Evangelistic Crusades would not allow him to concentrate on “secular subjects”. To get the best of both the academic and spiritual worlds, Dr. McAllister transferred to the Jamaica Theological Seminary, graduating four years later in 1976 with a Bachelors degree majoring in Theology, and with a minor in Psychology (B.Th.) He also secured a Diploma in Guidance Management in the same year, proceeding to work as Guidance Counsellor with the Ministry of Education..

He subsequently earned two non-resident degrees from WIU in England. The first is his Masters in Theocentric Counselling (M.A.) supported by his published thesis, “You’ve Got All It Takes To Succeed”. The second is his Doctorate in Human Relations with a major in Consumer/Provider Relations (Ph.D.) which is supported by his published thesis, “Winning the War? Consumer Survival in a Free Market Economy.”

Dr. McAllister has also earned designations in the arenas of Finance, Insurance and Public Speaking. These are the CLU in Insurance, the Ch.F.C. in finance, and the DTM in public speaking.           Click to go to top of page

Dr. McAllister joined Life of Jamaica as an Insurance Salesman in October 1978, and set a record for qualifying for the Million Dollar Round Table in his first three months in 1978. In addition to breaking all sales records at Life of Jamaica in 1980, he is the first of a very elite group of Salespersons in the Caribbean to be seated in the Top of the Table section of the International Million Dollar Round Table.          Click to go to top of page

Because much of Sales training involve behaviour modification, and because Dr. McAllister places so much emphasis on the human psychology component in the sales process, he strongly recommends that the minimum duration of an effective Seminar should be one full day.

Dr. McAllister’s skills as a motivator are brought to play in ever Sales Seminar he conducts. Not only must a good Salesperson be motivated, but he or she must have the ability to motivate a properly qualified prospect. The bottom-line is closing the sale. But Doctor McAllister places even greater emphasis on Opening the Sale. His Seven Secrets of Successful Selling is a must for companies that wish to optimize the productivity of their Sales Teams.
Click to go to top of the page

Dr. McAllister was an active participant in the Jamaican political landscape, and in 1997, unsuccessfully contested the General Parliamentary Elections which was won by the People’s National Party. Dr. McAllister was appointed to the Opposition Shadow Cabinet of former Prime Minister Edward Seaga after his Jamaica Labour Party unsuccessfully contested the 1997 General Election.

But prior to his all-in political foray, Dr. McAllister was Jamaica’s nationally acclaimed Consumer Advocate for five years as head of United Consumers In Action (UCIA). In this capacity he produced the legal draft of a Consumer Protection Act for Jamaica, which served as the guide for Jamaica’s 2005 Consumer Protection Act. Dr. McAllister’s UCIA aggressively intervened on behalf of Consumers during Jamaica’s critical transition period from a controlled economy to a market economy. Dr. McAllister personally presided over more than 3000 consumer complaints with a consumer favorable out-of-court resolution rate of approximately 96.5% During the period of his Consumer Advocacy he authored “Young Consumer Power”; “The Consumer’s Pocket Companion”; and “Winning the War? Consumer Survival in a Free Market Economy”.
Click to go to top of page

In 2001, Dr. McAllister joined Toastmasters International. Soon after he became the first person in the world to earn the Distinguished Toastmaster designation – the organization’s highest education designation. He excelled on the contest stage, copping four Impromptu Speaking District Championships and emerging as a 2017 World Champion of Public Speaking top-10 Finalist out of a starting field of over 30,000 contestants from 140 countries.

Dr. McAllister has addressed audiences in over 10 countries on a wide range of motivational and sales-related topics. From keynote to seminar presentations, Dr. McAllister is equally at-home with small and large audiences.
Click to go to top of page

In addition to the books already mentioned, Dr. McAllister authored the Policeman’s pocket protector manual  – Unshackled! This represents the last major contribution made by Dr. McAllister to the Jamaica Constabulary Force and its Auxiliaries during his twenty-two-year active association with the organization. First associating as a Home Guard, aka, Special District Constable, and then as a frequent guest lecturer in Psychology and Police Public Relations, Dr. McAllister earned the name “Best Friend and Defender of the Police” given to him by Acting Prime Minister Hon. Seymour Mullings.

As in many other parts of the world, the Jamaica Police Force was created as a tool to be used by the ruling class to keep the masses in their place. In order to maintain it control over the Police Force, its organizational structure I so skewed as to minimize the possibility of a successful rebellion or revolt from within the ranks at any level. In order to achieve this, members of the Jamaica Constabulary Force are forbidden from joining independent public Unions. Instead, their representation is done through a Police Federation which is comprised of Policemen elected from the junior ranks of Constable to Inspector.

Dr. McAllister’s Unshackled! was designed to educate Policemen concerning their rights under the law, as well as to equip them with strategies to best represent themselves to their Government employers, within the provisions of the Police Federation Act, while maintaining the most productive relationships with their power-base, the people. Dr. McAllister’s Unshackled! derived much of its authority from two facts that underly his expertise in police-related matters.

Insurance Consultant: First, in 1984, at a time when the beneficiaries of Policemen who died in the line of duty were waiting for an average of two years before receiving financial relief from the Government, Dr. McAllister designed and implemented the widely-popular Police Group Insurance policy. Immediately, in 1985, the beneficiaries of the first Policeman to die in the line of duty received non-Government financial relief even before the day of the funeral. They could then afford to wait on the Government for their payments.  Thirty-eight years later, Dr. McAllister’s Police Group Insurance policy is still in force, serving the needs of Policemen and their families in Jamaica.

Salary Negotiator:  Second, by 1992, Dr. McAllister’s name was among the most revered in the Jamaica Police Force and its Auxiliaries. So, it was no surprise that when the Police Federation became frustrated with the Government’s foot-dragging on their salary and welfare benefits claims, the leadership of the Federation under its Chairman Inspector A. J. Forbes turned to Dr. McAllister for help. And the rest is history. Under Dr. McAllister’s leadership, a blistering, relentless three-month Public education campaign was waged over the nation’s airwaves and in its print media that awakened the conscience of the nation to the socio-economic plight of its Policemen. The clear verdict was that Policemen could not afford to live a decent second-class life on their salary and fringe benefits alone.

Under mounting pressure from the nation, the Government conceded to facilitate an unprecedented Arbitration to hear and rule on the Policemen’s claims. The Police Federation appointed Dr. McAllister to represent it on the 3-man Arbitration panel… and the rest is history. That year the Jamaica Police Federation won an unprecedented overall 300% increase in benefits… a feat never to be repeated.          Click to go to top of page

Dr. McAllister’s Trademarked name is “Doctor Perspective”, and its related mantra is “The only thing over which you have complete control is your perspective.”  He is a gifted humorous speaker and delights in sharing his Christian values with his audience in practical formulae for solutions to most of not all of life’s problems.

Doctor Perspective’s popular topics include “To Be or Not To Be, Sucker or Suckee”, “Seven Secrets of Successful Selling”; “Rise from Your Slump and Succeed”, and “Empower Your Perspective. But don’t feel left out, Dr. McAllister is famous for his ability to address almost any theme or subject in his animated presentations.        Click to go to top of page

Dr. McAllister is registered with the Dispute Resolution Foundation of Jamaica as a Supreme Court Mediator. He has also supervised junior Mediators in training. His almost perfect track record was marred by only one mediation that failed to end in an Agreement.          Click to go to top of page

Dr. McAllister has worked in a leadership capacity with churches in Guyana and Jamaica. In Guyana he worked with the Kitty Youth Gleaners para-church organization, and in Jamaica he has worked with Youth for Christ (YFC), as well as Jamaica Child Evangelism Fellowship (JCEF).
He began his public exposure in Jamaica as “Uncle Godfrey”, host of the JCEF radio program, “The Children’s Bible Club”. Uncle Godfrey went on to independently host a 16-week Television series called, “A God Pickney Dem – The Show that Listens to Children.”
As an unsolicited contributor on Our Daily Bread Ministries’ daily blog, Dr. McAllister penned and posted hundreds of “Digging Deeper Bible Commentaries” on the passages daily selected by Our Daily Bread Ministries for its devotional readings. It is widely believed that Dr. McAllister’s penetrating and analytical blogs were the precursor and trigger of “INSIGHT” – Our Daily Bread Ministries’ very helpful addition. to its excellent Daily Devotional 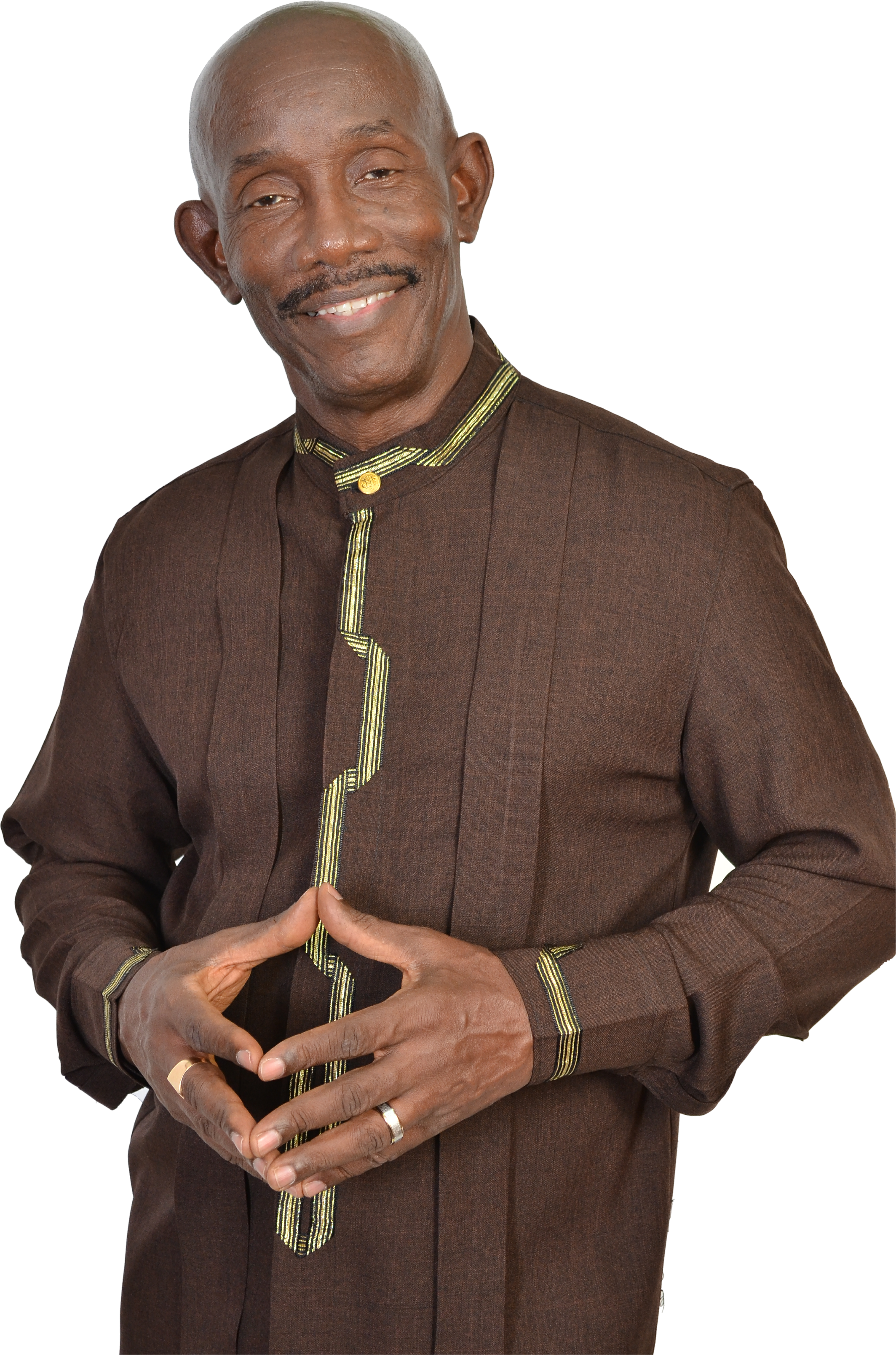 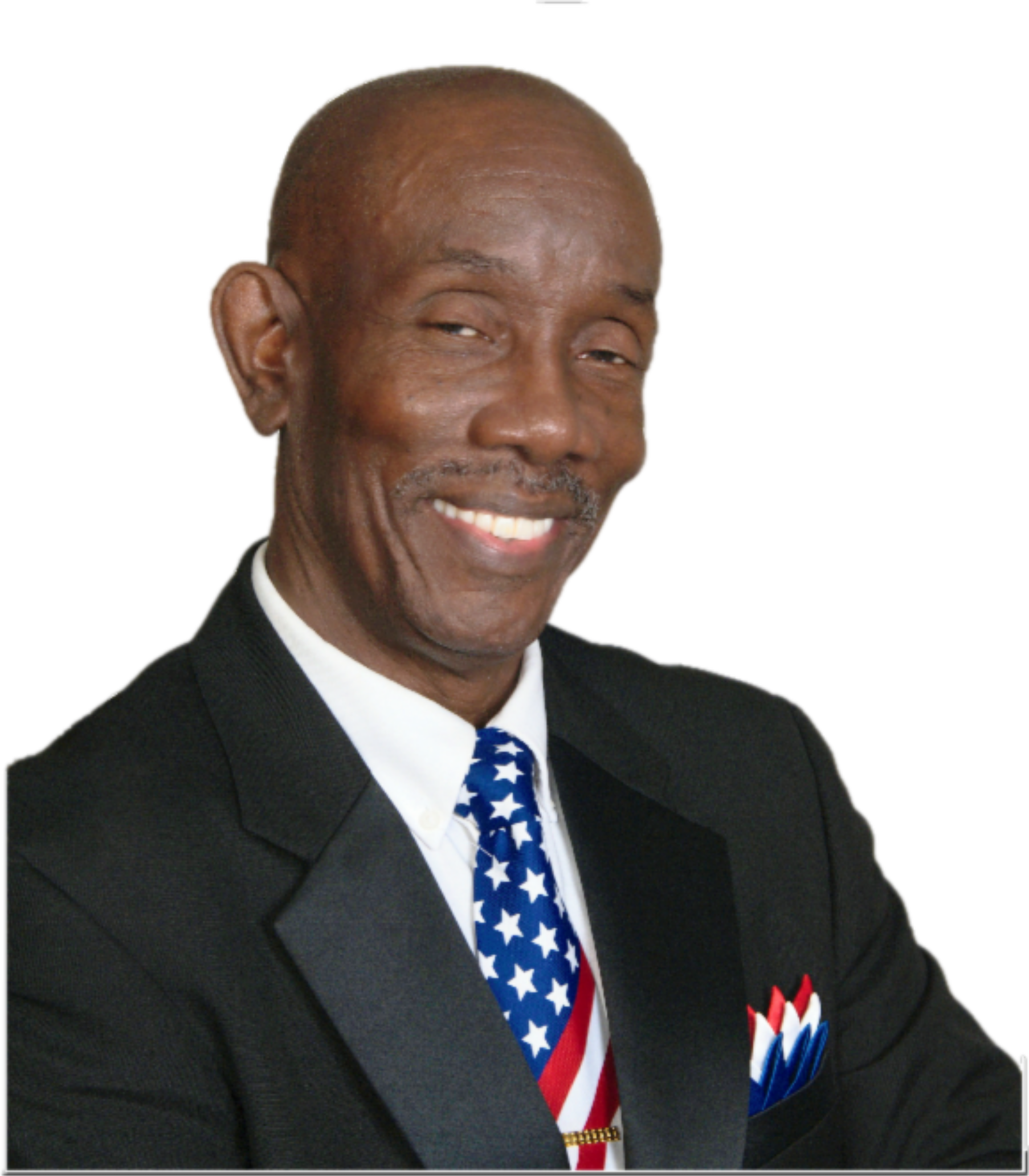 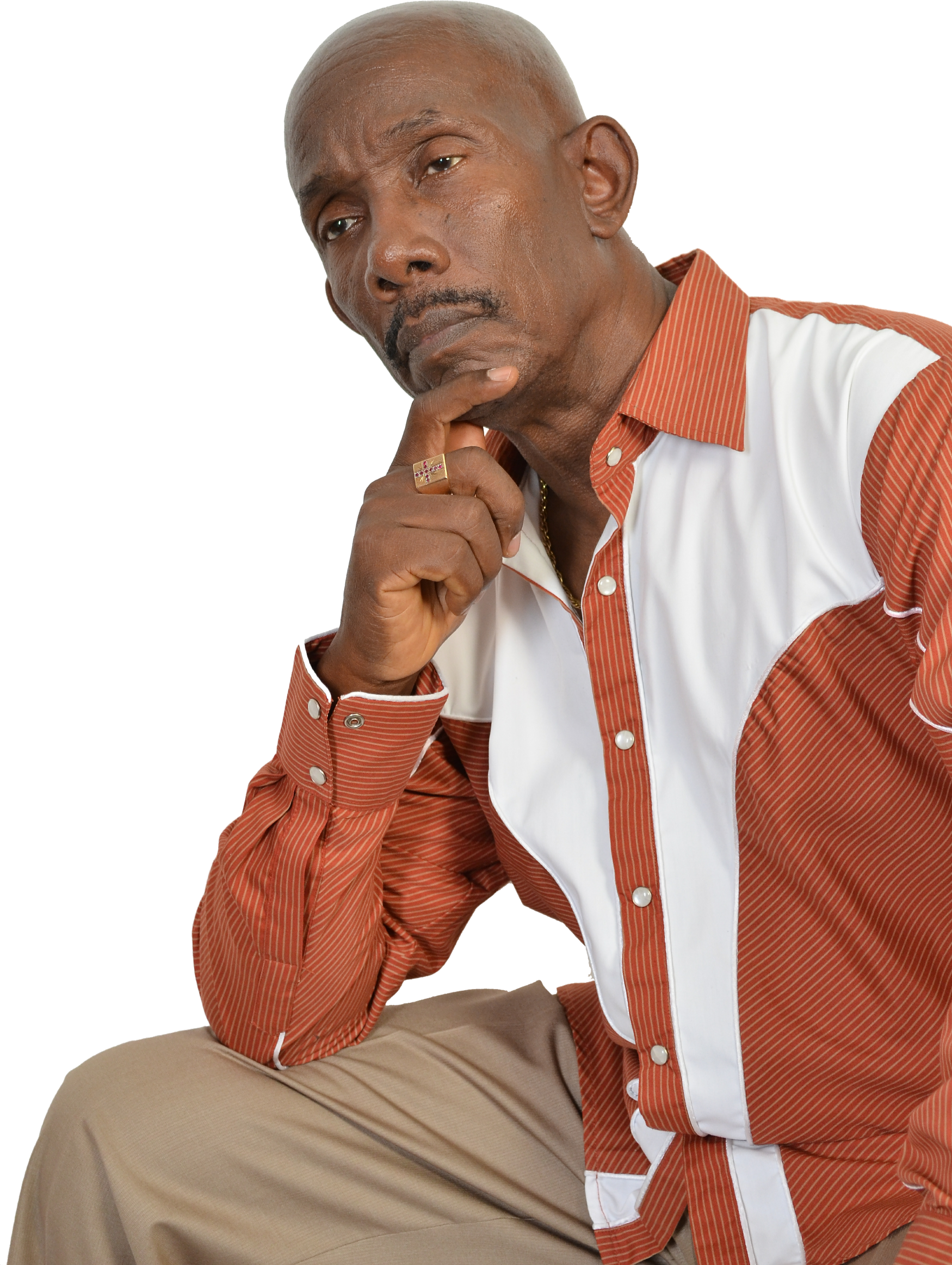 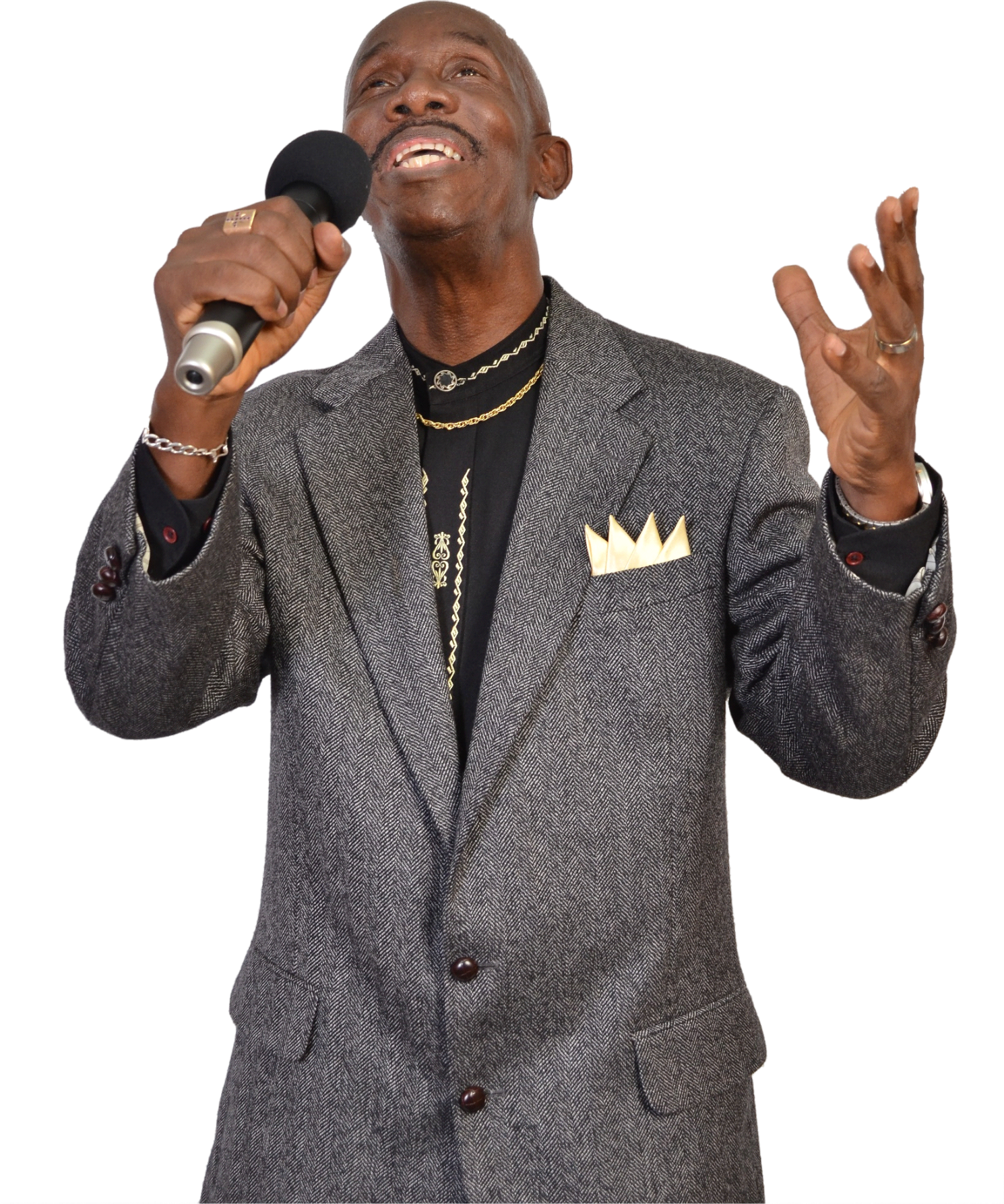 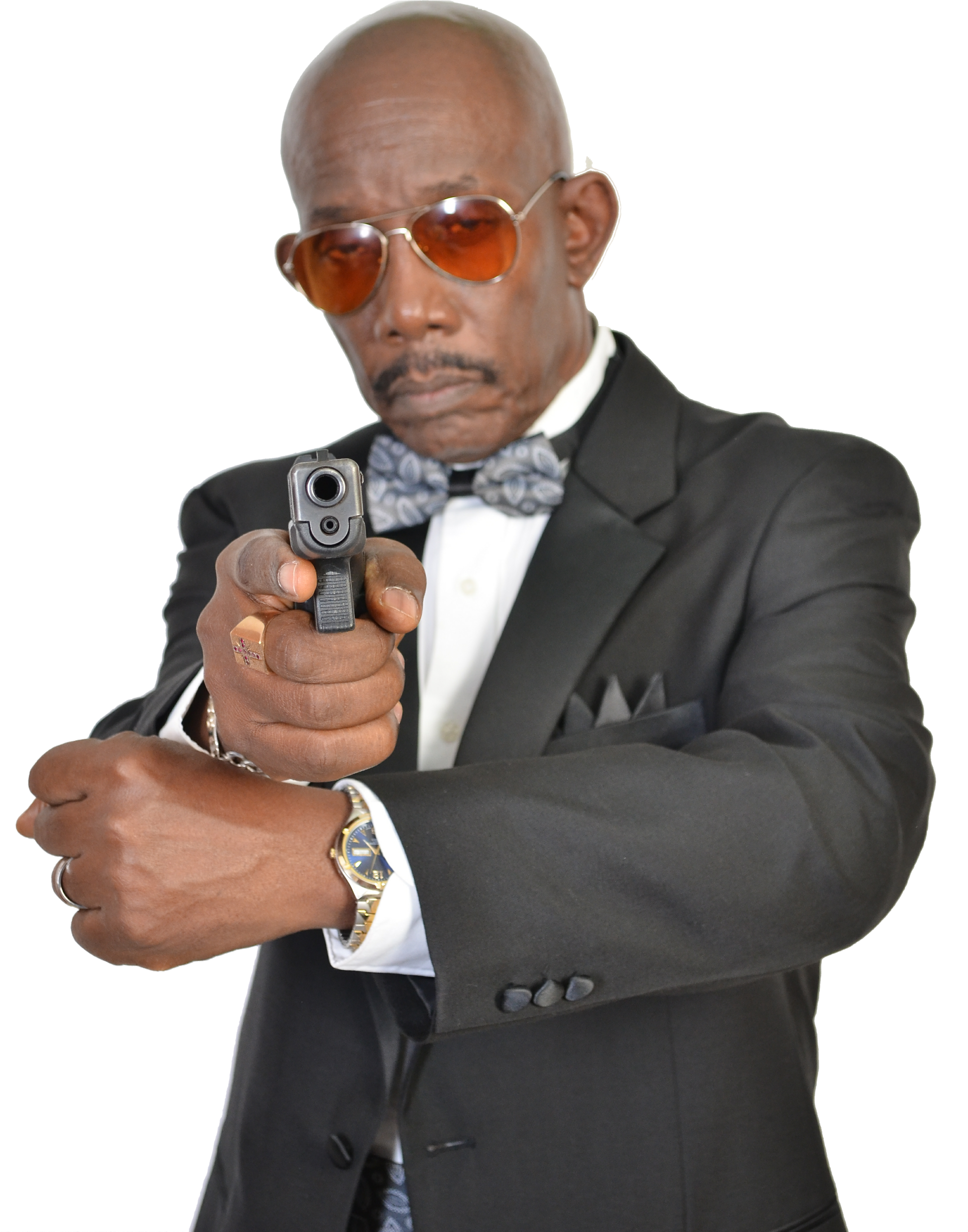 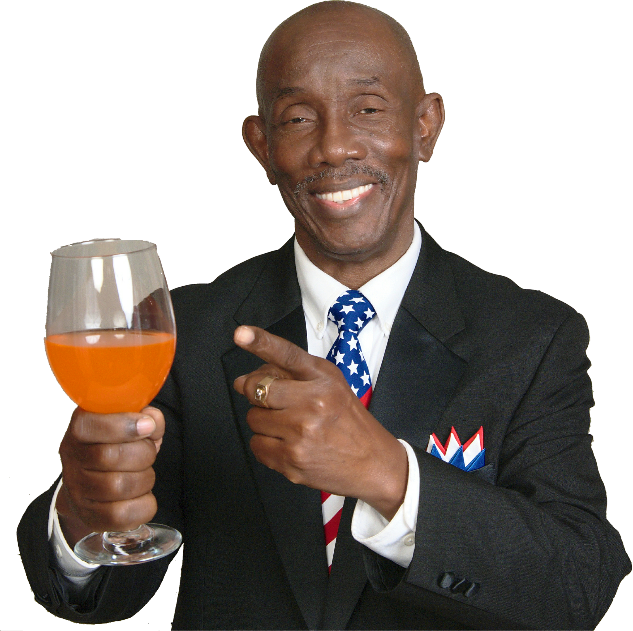